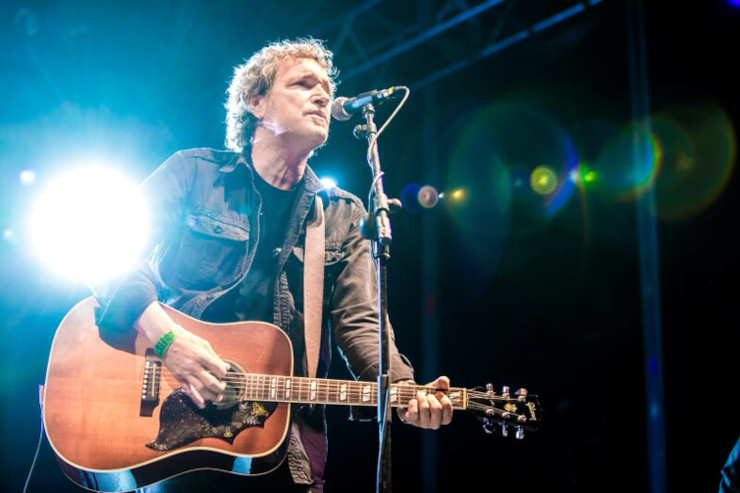 We are delighted to welcome back to the mill the excellent US singer songwriter Joseph Parsons who has returned to the UK in support of his most recent release, 'At Mercy's Edge'.

Over the last 30 years, Joseph Parsons' prolific resume reads like an exercise of artistic endurance, with 'At Mercy's Edge' being the fourteenth solo release of his career. On top of this there have also been six live albums under his own name, as well as ten further releases as a founder/member of bands such as U.S. Rails, Hardpan and 4 Way Street and three releases as part of Parsons Thibaud duo with fellow U.S. songwriter Todd Thibaud.

'At Mercy's Edge' is reminiscent of some of his earlier work with three-and-a-half minute deep dives highlighting our world's troubles as well as stories of flawed yet potentially redeemable characters. With the benefit of years under his belt, Joseph's voice has never sounded better. His many album releases and standout live shows connect in a personal and inspirational way with audiences throughout Europe and occasional trips back to his original homeland. His band exude a powerful brotherhood on stage and for this UK tour he will be bringing with him his talented lead guitarist, Ross Bellenoit.

Based now in Germany, Joseph is still looking to the future with further albums already in the pipeline. 'At Mercy's Edge' is just one more step on the road.

"Parsons has one of those voices just made for rock'n'roll - a fine, cool swagger, ranging from voodoo-like rumbles to dream-like shimmer." RnR (UK)

Support on the afternoon will be from Serious Sam Barrett who will also be making a welcome return to the mill to promote his latest release, 'The Seeds Of Love'. Sam is a hard touring, folk and country singer from right here in Yorkshire who plays honest, heartfelt self-penned and traditional songs on 12 string acoustic guitar and banjo.

'Songs that rattle with the ghosts of Appalachian folk and southern blues, yet sound emphatically English' - Uncut magazine